We’ve been through a lot together, Boston.

My year here began with Physics. I found myself spending an entire hard-earned summer slaving away over vector diagrams, circuit boards and optics in the many rooms of the Harvard Science Center. My mornings began with daily 3-hr lectures, and my afternoons were filled with hour upon hour of labs, small group study sessions, and homework that required more consecutive hours of brain power than I had ever needed to sustain in my life. When there was no time to relearn trigonometry (which I had learned 13 years prior to signing up for a course that required it), my high school-aged friend from Egypt helped me out. When the weekly midterm hit and the class average was below a 60, we commiserated as a class during our five-minute mid-lecture break in the sun before forcing ourselves to re-enter the classroom and start over with material for the next week’s midterm.

I wondered if I belonged in this program, in that Harvard Science building with the high school and college kids who were re-taking Physics just to get As for med school. There were many nights when I wanted to wrap myself under my sheet — an infinite sheet, if you will (PHYSICS joke! Err) — and not come out because my brain was just so exhausted. I had physics dreams. I saw physics in everything I did. It ruined rainbows (or, maybe made them more beautiful?) and it infiltrated my daily activities, from pondering car tires (hello static and kinetic friction) to thinking a little too deeply about air conditioning. My TF was studying “black holes.” I knew enough about them to feel like I was in one — a deep, dark, black hole of science where all physics both made perfect sense and none at all. And I was just over the halfway point in my two-year post-baccalaureate pre-med journey. The end felt painfully far away… and yet I never lost sight of it because it was the only way out. 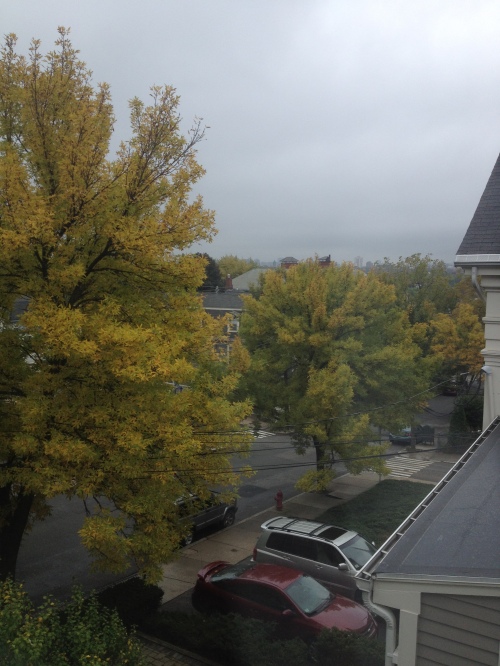 Two days ago, I walked out of my last final exam as a post-baccalaureate pre-med student. I almost can’t believe it, but I FREAKIN’ DID IT. I’m DONE. Statistics, Developmental Psychology, Biology I, Biology II, Chemistry I, Chemistry II, Physics I, Physics II, Human Anatomy & Physiology I, Human Anatomy & Physiology II…. done done done done and DONE. I can’t tell you how equally crazy and thrilling it is to have gotten through all of those classes. Science (along with saying “no” to fun) has been my life for the last couple years. It hasn’t been very sexy, but it’s been an exciting ride in its own way. I went from adventures abroad to the classroom, cold-turkey. One second I was a travel writer in Ecuador, the next second I was doing titrations at NYU. I cannot believe what has been accomplished, and I say that with humility because I have never been so humbled in my life. I may have started in a place of total discomfort, asking question after question trying desperately to catch up to where I felt everyone else already was, but I can confidently say that I am finishing this post-bacc pre-med thing as the person answering those questions, finally comfortable in my stride and confident in what I know. But there is a whole lot left to learn.

And then there’s Boston. What a year, eh? It started with Hurricane Sandy, it was interrupted by Winter Storm Nemo, followed by the Boston Marathon Bombings and eventually wrapped up by an unforgettable, tense Manhunt. I feel like Boston and I have been through a lot together. We’ve bonded in the rain, in the snow, and in the apartment that I couldn’t leave. We’ve been teammates hunting for terrorists, and we’ve been buddies playing in the snow (Boston makes a mean snowball, lemme tell ya). Now, after all this bonding, I have to say goodbye to a great year here. I met some amazing people, I got into grad school, I lost a dear uncle, and I reconnected — in happy and in hard moments — with some of my best friends from college. Despite some recent losses, I definitely feel like I’m moving back to NYC with more than I left it with… And that’s all I could have asked of this year in Somerville. 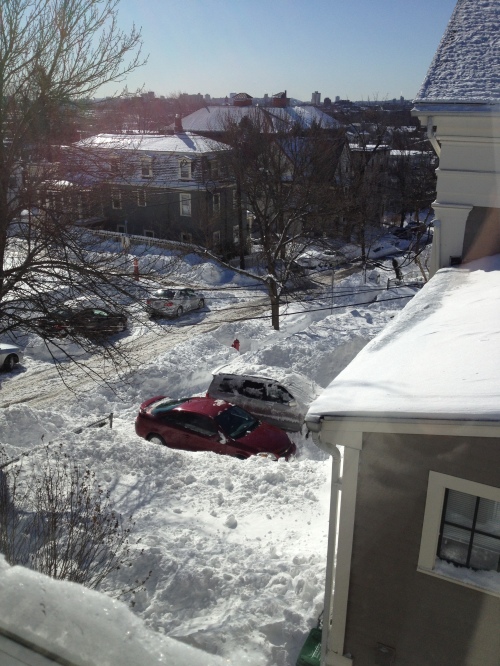 This has been a special year. A special two years, in fact. Sometimes I was the wall getting knocked down, and sometimes I was the sledge hammer. I might be going back to NYC, a place that is as familiar to me as anywhere in the world, but there is new territory to be claimed. 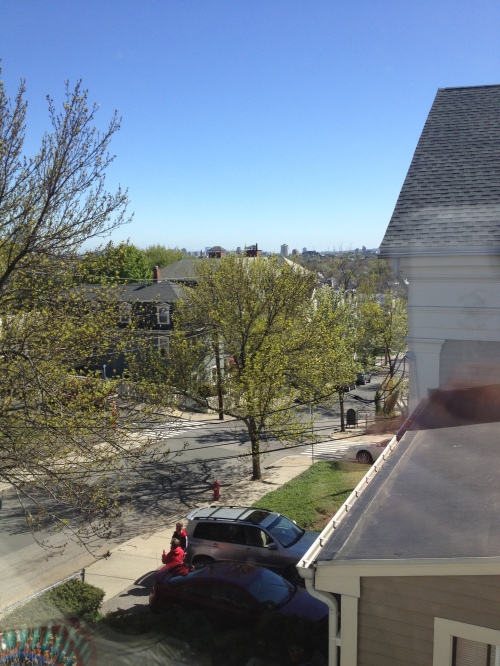 Yesterday, I threw out all of my physics notes (ok ok, calm down — I recycled them!). As I threw them away, one lecture at a time, I thought about how far away this moment felt when I was scribbling those notes down, cramming for exams last summer. I thought about how hard the material was, and how challenging these two years have been. A part of me wanted to hold onto the pages as a reminder of what I have accomplished… and then I realized that throwing them out was another kind of accomplishment. What I learned is coming with me. The pages don’t have to.

It’s time to begin packing. There will be plenty of new notes to take, soon enough. But first, I’m going to have a one person holy-crap-I-did-it dance party. I hope you all have one, too.