A Spoonful of Beantown

This morning marks my second morning here in Beantown, and I have to say: so far so good! Despite the four flash thunderstorms since I arrived (one so powerful I think it was right above the house!), it’s been a really nice 41 hours. I definitely feel like I’m in another world than I am used to. Waking up at 5am to the loud bird songs and going to sleep to crickets is not exactly the “white noise” I’m used to in Manhattan, but I slept like a little angel these past two nights (until 5am at least) — and I look forward to more of that!

Living in Somerville makes me feel a little like I’m in the suburbs, or at least in some up-and-coming area of Queens. I’m a little farther away from public transportation than I am used to (a 15 minute walk up/downhill), but at least there is public transportation at all. There is a whole network of buses that I’ll eventually have to figure out, but I’ll get to that. Honestly, I like accidental exercise so adding a 15 minute walk uphill everyday makes me happy. I mean, whose ass doesn’t need a hill once in a while? 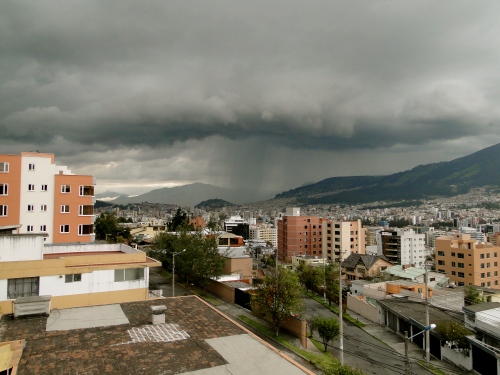 Rainstorm over Quito. View from my apartment in Quito, Ecuador..

I always seem to end up on the top of a hill when I move. If not on top of an actual hill, then on the top floor of a walk-up apartment. In Quito, which is built into a valley, my street — Guanguiltagua (pronounced “wanwuiltawua” if you want to sound more like a local Quiteno) was two streets down from the outter-most ring of streets. Think of the city as a circular stadium or arena, and my street was the second-to-last row of seats all the way at the top (btw, do you know that the word “arena” comes from the latin word “harena” — “arena” is Spanish for “sand” — which referred to a fine sand that was good at absorbing blood and used to fill the floor of stadiums like the Colosseum in Rome? BOOM. Now you do!). The nice thing about living way up at the top of the city was the incredible view, and getting to watch the daily rain or hail storm approach from the southern end of the city, or watching the sunset over the Andes mountains. It was a stunning, daily show, and I will never forget the beauty that I saw while living high in the mountains of South America. There were so many days when I would just sit in my living room watching the weather pass through the mountains like some sort of constantly changing parade…

But back to Boston. Unlike the hill in Quito, which was a straight-up ascent at 9,400 feet and left many of my visitors huffing and puffing through the thin air, this hill I now live on is short and sweet, but definitely noticeable. I have to say — I didn’t expect Somerville to be as pretty as it is. Sure, it helps that June is a favorable month to live in a quieter area (let’s not talk about Boston winter yet). But really — the houses are adorable; no two are exactly the same, each is a slightly different color, with unique details/accents that are special to a girl who has been surrounded by too many buildings lately. Maybe I’m giving Somerville too much credit, because I’m new and everything is a little exciting and different, but I really am excited to be here and try this whole house-thing out.

Sunset over Quito. View from my apartment in Quito, Ecuador. Real life colors — nothing altered/enhanced.

Yes, I have never lived in an actual house (long-term). I’m not used to having a backyard, and despite the two beautiful days that have gone by, I have yet to do more than stare at the backyard and smile knowing that I have it. But today I hope to actually go out there and enjoy it, maybe for a stretch before/after my run around the neighborhood. Maybe to help my new roommate with the gardening she plans to do this morning… 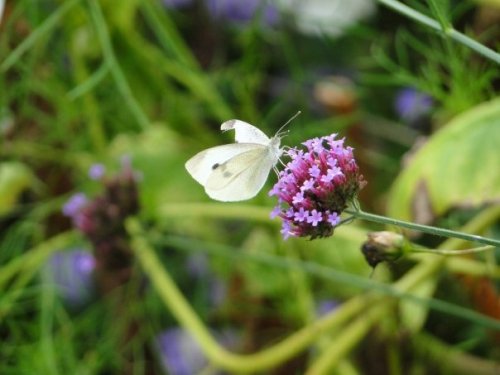 Of course, it has only been one full day here, so this post is just a net to quickly capture that first impression before it escapes. I can’t believe I live here now. I can’t believe that after a thunderstorm, I get to hear frogs croaking, and after a long day, I get to walk through a peaceful neighborhood without getting caught up in the tangled energy of many other people’s rat races. I love NYC, I really do. And yes, I’m a city girl. I like being able to order Tibetan food at 11pm if I wanted, or wander into a gallery because it’s on my way home from the gym. I’m used to being able to grab a bagel at the 24-hr deli downstairs if I need it, and choose any type of food I feel like and have it in my mouth within an hour. But this “almost-that” is worth trying. This slightly calmer environment is worth sampling, before the roughness of NYC and all that comes with it makes me forget the alternatives.

Right now, as I type, bells from a nearby church are playing “Amazing Grace.” An American flag waves next to the house next door. There are Virgin Mary statuettes in front of many of the homes on my street. The next door neighbors sit on the front steps of their house, smoking cigarettes while one guy sips a Red Bull, their Boston accents thick and proud. The birds have calmed down since 5am. The frogs are quiet, for now. And I am sipping my coffee at my new desk, thinking… I like it here.

It’s a start. A good start.

5 responses to “A Spoonful of Beantown”