Congratulations Missy and Dawn, but especially Dawn for coming up with several of the legends behind this silly statue of a little boy peeing.  An extra shout-out goes to Dawn, for hosting me in Brussels and taking me to SEE this little guy in person.

In response to your question Dawn, I don’t have a photo of me with M.P. in it (do you??). However, because you are this week’s big winner, I will reward you with this photograph: 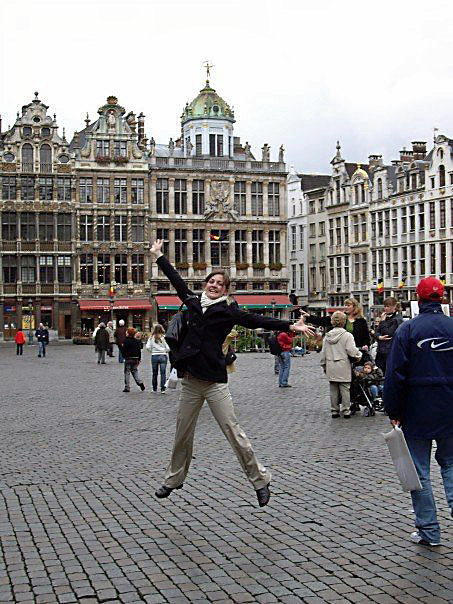 And just so you’re not alone, I will join you in mid-air. Here I am (October, 2007) doing my signature leap, which I try to do in ever country I visit. 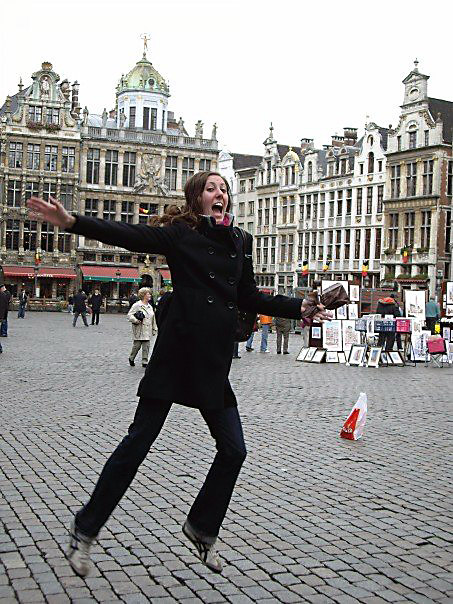 Now back to the peeing boy.

Located in Brussels, Belgium, last week’s mystery snapshot is of Manneken Pis, the little Belgian boy permanently captured (in bronze) relieving himself. (With so many people constantly looking at him, I’m surprised he never gets pee-fright…) I quickly learned that this is one of the most famous statues in Brussels, although nobody has settled on the true story behind it.

Several versions exist. The legend I was told, (and therefore, the legend I will share),  involves a nobleman who lost his young son in Brussels. After two days of frantically searching, the townspeople found him peeing in the distance. In order to thank the people of Brussels for finding his son and to punish the little boy for wandering off (a healthy dose of public humiliation never hurt anyone), the nobleman had this statue created. It now stands just outside of Grand Place (the French name, or Grote Markt in Dutch), the central square of Brussels, and one of the most fabulous plazas I have ever seen.

As a side note, anyone who appreciates Gothic/Baroque architecture, must look up Grand Place or — even better — check it out in-person some day. And for those who don’t give a damn about architecture, I guarantee you’ll be impressed too. 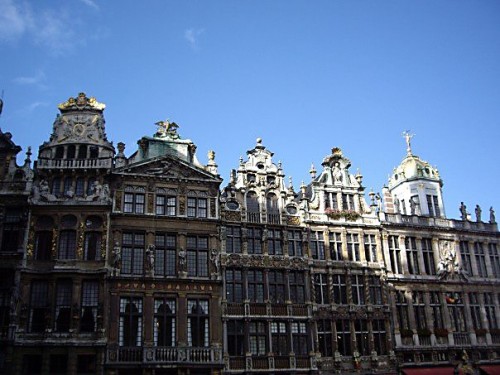 The intricate and, well, “grand” guild houses that surround this square demonstrate an incredible blend of styles, including the elaborate and dramatic details that define Baroque and Gothic architecture. The buildings themselves are not very large, but the embellishments are quite captivating. I found my gaze leaping from building to building, discovering new flourishes that continued to entertain my eyes. 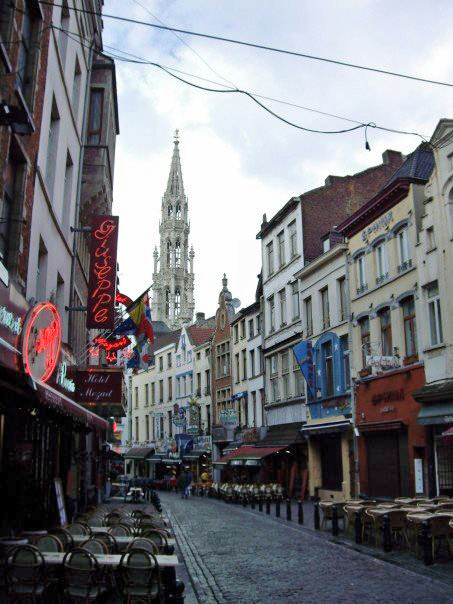 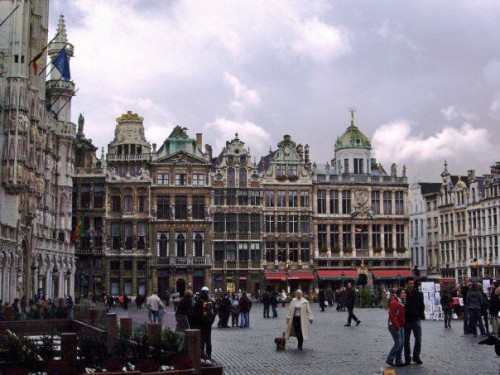 When I first arrived in the plaza, it appeared dark and spooky; layers of shadows rippled across the crevices and facades of old building and dark windows shut out any light. But the second time I visited the plaza, I was stunned; it glowed. The plaza completely transforms in the light and deserves several visits in order to appreciate all its detail. I found the plaza especially beautiful once I returned gnawing on a truffle from one of the many surrounding chocolate shops. Just a suggestion. 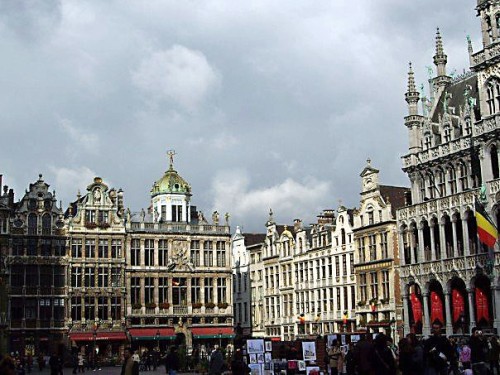 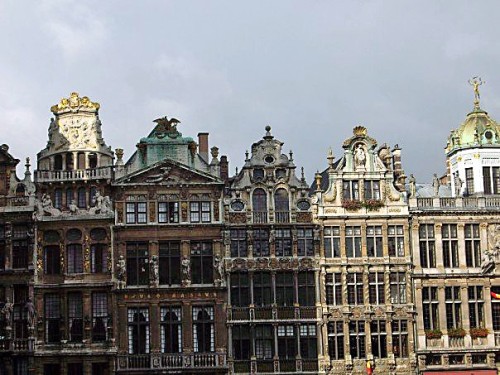 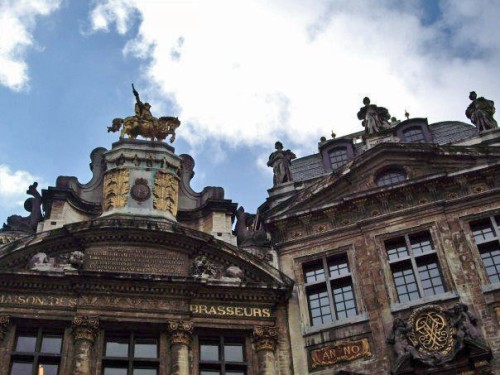 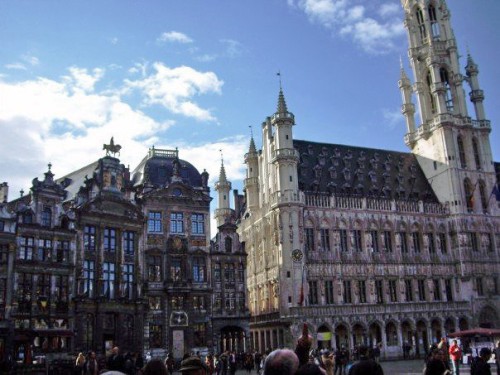 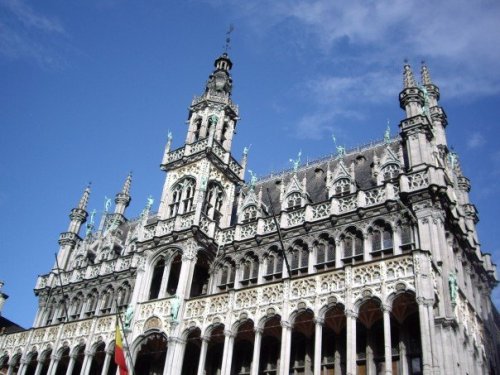 In the 15th-17th centuries, the plaza was constructed in a medley of style. In 1695, the city of Brussels was bombarded by the French, who attacked the plaza with canon balls and eventually set fire to it. Grand Place was almost completely flattened and destroyed. Remarkably, it was rebuilt over the next four years and has been a stunning sight every since.

There is much more to say about Brussels, so I will continue with my impression in the next entry, and I invite others to share their Brussels experiences as well.