Beisbol in the DR

This was an interesting one! I loved your thoughts.  I’ve gotta give my congratulations to Geordie, who — even though his final guess was incorrect — noticed that perhaps the stick held by the boy in last week’s Mystery Snapshot was a makeshift baseball bat used by a child in the Dominican Republic… 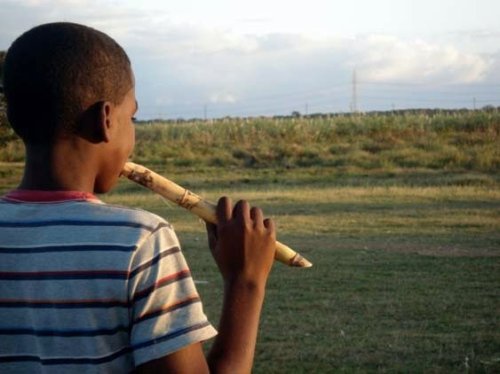 Most people, including myself, believed the photograph was of somewhere in Africa. That is partially why I wanted to use it. It is actually from Lisa Andracke’s trip to the Dominican Republic, and shows a little boy who had just finished a game of baseball in the outskirts of Santo Domingo. After my previous images from a different region of the Dominican Republic, I thought I could trick you all by showing you another side of the country. One thing people don’t realize about the D.R. is that it’s not all sandy beaches and palm trees; there are actually several microclimates on the island — humid, dry, tropical jungle, savanna, and forest.

Here, Lisa, who was working on a documentary about baseball at the time, explains the photograph:

“In the first week of February, 2008, we awoke before dawn with the excitement of a new day. The color and texture of the sunshine just after it rises and immediately after it dips above the horizon is beautiful — golden, streaking, dramatic and glamorous. Glamorous like Hollywood wants to be, yet peaceful.

“We filmed people sweeping packed dirt, which was also their porch. We filmed everything from landscapes to people riding a packed bus (with no side doors) to work. We drove along with our guide, not sure of what we’d find.

“We spotted an impromptu baseball game, boys against girls. One girl wore a plastic pink shower cap to keep her hair out of her face she stepped up to bat. The boys stood ready in the outfield — each one partially clothed and barefoot. You could hear the crack of the ‘bat’ and the accompanying cheers and shouts that got everyone excited.  I can’t be sure who won that day but the girls sure had a fire in their eyes.

“The photograph was taken after the game ended and the children dispersed. This boy walked away with his baseball bat — a stick. One of the reasons I chose to push the shutter was because the grass, the tree, and the color of the sky reminded me of Africa. But we were in the in outskirts of Santo Domingo, the capital of the Dominican Republic.”

*NOTE: All the photographs in this posting were taken by Lisa Andracke.