When it comes to romance, travel can be the inspiration or the backdrop. Going somewhere far away can set the mood and create the perfect atmosphere, or it can provide the setting that triggers new feelings and experiences. Being surrounded by the exotic can make us more attune to detail; suddenly we notice the smell of foreign flowers and burning sugar cane, or we hear the distinct beat of music pulsing nearby that transports us out of our routines. When we travel, our senses become hyperactive and we can smell, see, feel, and take in more. We’re very adaptable, so when we get used to certain sensations, we notice them less (can you describe the smell of your own apartment? Tough, huh? But it is one of the first and most overwhelming things I notice every time I walk into someone else’s place). With such a heightened awareness of nuances, it’s no wonder that travel can instigate and/or perpetuate many romances…

Thank you for sharing what you consider the most romantic places in the world. Your responses are a reminder that, while travel can take us to incredibly romantic places, sometimes those spots are right in our proverbial “backyards.”

From Emily P: Outside of Auckland, in Piha, NZ. Extremely beautiful but has some of the world's most dangerous surf breaks.

From Sarah Z who writes, “I am sticking to the most romantic spots I have been, in no particular order.”

“Tavel, I would like to suggest the Sacre Coeur in Paris. Its basilica sits atop the city and looks out on all the beautiful rooftops of Paris. When I went there when I was 16, I thought to myself, “When I meet the man I am going to marry, I will bring him here. And, if he cannot see the beauty here, then he won’t be able to see beauty anywhere and I won’t marry him.”

“The Alhambra in Grenada Spain. Look it up. Love it.”

From Dawn R., who writes “I haven’t found my romantic place yet…..but I have some ideas where I’ll find it:
– Provence
– Tuscany
– Australia
– Borneo, Dominica, or somewhere with a beach, a sailboat, and not many other people. It doesn’t matter which corner of the world!

“I’ve seen Paris with friends, so it hasn’t opened up its romantic side to me, but it IS stunningly beautiful–and Parisians are really good at romance. Can’t discount the city of love! I’d go back to Sacre Coeur with someone special to give it a chance in a heartbeat.” 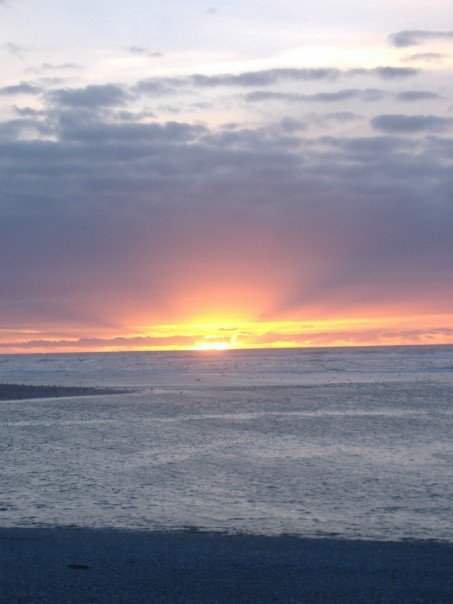 From Emily P: Sunset Point, New Zealand. We didn't even get to experience one of it's best sunsets, but it was still beautiful.

“The top of Sacre Coeur is certainly a gorgeous spot (it’s featured prominently in Amelie actually) and Paris (the architecture, the public parks, the bridges) is a wonderfully romantic place, if a little bit tainted now by having become a cliche. Personally, I’m a real sucker for the beach and I’ll nominate something a little closer to home and with some personal resonance: Newport, Rhode Island’s Second Beach, mid August, at sunset, just as the day is beginning to cool off.”

“Maine Coast, sunset, preferably on the rocks and not a beach. Giant Steps on Bailey Island comes to mind. Watching the sunset and the waves crashing on the rocks while being with someone you love = amazing.”

“Haas Promenade, Jerusalem, Israel, at Sunset. And not just because I proposed to my fiancé there. Really.”

“Rome. Most amazing city on earth. It doesn’t really get more romantic than sitting at a cafe in front of the Pantheon and watching the crowds go by.”

I’m sure there are many places to add to the list, so feel free to contribute in comment form any time.

I had to think for a little about what makes a place romantic to me. I’ve felt romance everywhere from Spain to Argentina to St. Maarten to right here in NYC. But there have definitely been a few places that have affected me more than others. Here are only three places from my VERY long list:

– Girona, Spain. Located in Catalonia, along the Costa Brava and just south of France, this medieval city completely captivated me. I visited it for a long weekend with my study abroad group while I was living in Barcelona and it just cut right through me, and that is when I realized I needed to make traveling part of my life.

At night, the cobblestone streets are lit up only by starlight and iron lanterns that hang on the high stone walls. A warm savory-combined-with-sweet smell wafts between gelato shops and tapas bars. Flowers and vines wrap their way around the small balconies of ancient-looking homes, and you find yourself lost in time.

Strolling with friends through Girona, Spain.

I remember one evening, just after the sun had set, I went for a long walk with three of my best friends (shout out to Lisa, Shannon, and Ronnie!). After so many beautiful moments in these tight and narrow stone walkways, we came across an opening. Three tiny sidewalks converged into what was sort of a cobblestone patio, the floor uneven like rolling water. Several tiny tables had been set up, visible only through the shaking light of candles and lanterns, and a man with wavy brown hair played flamenco guitar in a corner. It was a creperie. There was nothing left to do except pull up a seat, order some crepes, and try our very hardest to take in every detail of a moment which, for the rest of our lives, would probably seem too romantic to have been real.

– Barbados. This is just a honeymoon waiting to happen! When I got there, granted I was a teenager on a family vacation, I was instantly entranced by the smell of plumeria and then stunned by the combination of green grasses and tress against a rich blue ocean; a one-two-punch of tropical perfection. It was one of the most beautiful places I have ever been, but — as a reminder that life isn’t perfect — I ended up with the WORST sunburn of my life! That’s what I get for not wearing ANY sunscreen (thanks mom and dad). Wish I had digital photos to share… (Of Barbados, not my sunburn!)

– Central Park, New York City. Ok ok, so I know this isn’t what you were hoping to hear. But I cannot deny the perfection that is Central Park during the spring and early summer, when cherry blossom and magnolia trees cover the ground with petals, and people are smiling, playing, running, biking, sipping wine, laughing, sunbathing, reading, falling in love…  Walking through the park on a warm evening is bliss. There is nowhere else in the world I’d rather be. Nowhere. 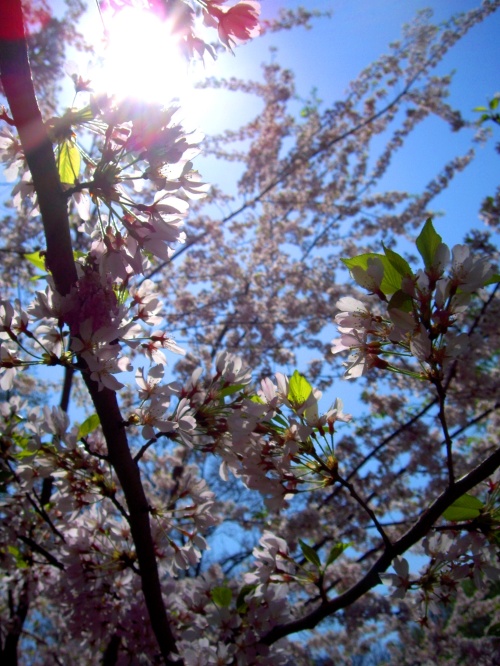 The list goes on and on (Taxco, Mexico… a thunderstorm – anywhere… Greenport, Long Island – one of my favorite places in the entire world, which deserves it’s own entry). But, in the end, I think we can all agree that sometimes the geographical “where” is not where romance comes from. The single most romantic and wonderful place in the universe has got to be in the right person’s arms (ahhh, yes, I got cheesy, but I stand by this!). And quite frankly, as long as I’m there, anywhere in the world would do.

Thank you everyone for participating. Feel free to add on to the list now.