It’s been about three weeks since I began my transformation from travel writer to hard-scientist (well, ok, maybe that’s a stretch…intro to bio and chem counts, right?) and let me just say: WHOA. I knew that what I had signed up for was going to be a challenge and a half. I knew it was going to make me feel totally uncomfortable, out of my element, and like a Red Sox fan at a Yankees game (when the Red Sox aren’t playing)… But this is no joke. I wouldn’t be here if I didn’t think I could do it, but this is going to be one of the hardest things I’ve ever attempted. That’s the truth. 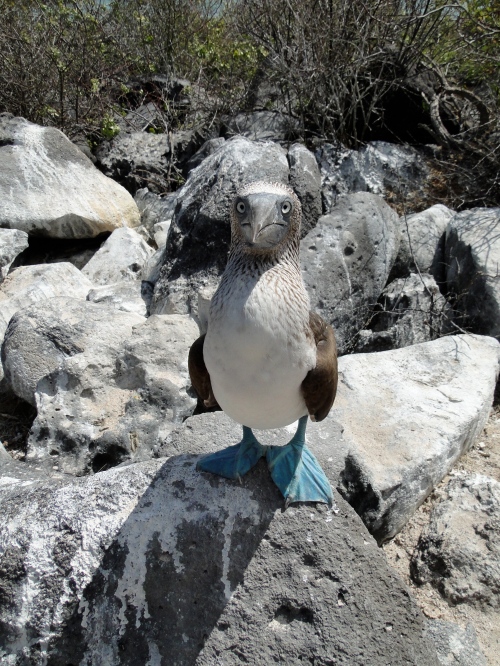 This is how I look during my science lectures. Googly Eyed Blue Footed Boobie. Galapagos Islands, Ecuador (Oct 2010)

I had the feeling that I would probably need some hardcore tutoring for the first time in my life (in my defense, all the post-baccs are doin’ it!), and that maybe – maybe – science would put up a pretty good fight when I showed up for this two-year-long match. But I can honestly say that this is harder, more work (goodbye social life!), and more challenging for me than even I imagined it would be. Like pain, anticipating what it will feel like in no way compares to the jolt you get when it finally takes its steel-toed boot and actually kicks you square in the ass.

There are a few ways I could describe how being in Chem I and Bio I has felt so far. As a fellow post-bacc described our biology lectures, it’s like trying  sip water from a fire hydrant. Sitting in the 600-person lecture classes full of fresh-out-of-AP-Bio/Chem-freshmen who plan on becoming doctors makes me feel like a large and awkward butter knife in a room full of steak knives, and let’s just say we’re all trying to cut the same piece of meat. My blade is a bit dull, my tool set isn’t quite right, but I know I can get through the material even if I have to work much harder and take many more passes through it than a “normal” pre-med student might have to do. Or, at least I still hope that is the case, because I’m cutting away over here and my hand is cramping up already.

I’d be lying if I said that the past few weeks didn’t totally freak me out, with sporadic moments of excitement and zeal for the challenge and for my ultimate career goals. We post-baccers are in this together, but sometimes you’ve also got to get through it on your own. I can’t write much more because I’ve got a chem quiz to study for, but I needed to emerge from the deep waters of studying to throw a sign of life out there and let you know that I’m still here!  (Somewhere.) 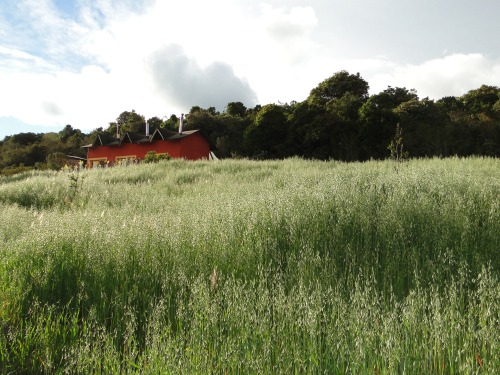 I am just trudging along, a little desperately perhaps, below the surface of my previous life in a chem and bio submarine (random fact: I’ve actually gone on a submarine ride in Barbados, and we saw a mom whale and a baby whale swim alongside us totally by chance! *Travel Gold). But every time I emerge from the water, ass-whooped-by-science in all my glory, it’s nice to see that you’re all still out there, and so is that world I’m not yet done exploring.

But I’ll get back to the great big world again once I learn a little more about it at the subatomic level. It’s fall now. And that’s the one thing I don’t plan on doing. (You can’t fall when you’re already under water, right?)

Time to keep slicing away.

In the meantime, here is a great 3.5 min video to escape it all…. Ahhhhhhhh, yes! (Courtesy of Adam M!)

11 responses to “Falling Into Science”